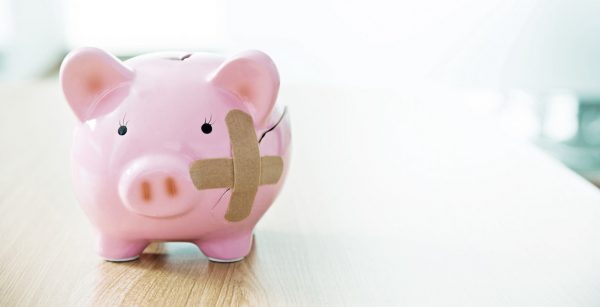 Since the beginning of modern banking, countries throughout the world have experienced economy-wide boom and bust cycles and repeated banking crises. The first bank panic in the U.S. was in 1792, only sixteen years after the signing of the Declaration of Independence. Throughout the 19th century the U.S. experienced eight periods of panics and bank failures.

In 1908 the Aldrich-Vreeland Act established the National Monetary Commission purportedly to study the banking system and recommend legislation. The legislation recommended was the U.S. Federal Reserve Act, which congress passed in 1913. Sixteen years later we had the crash of 1929 followed by the Great Depression. There is some debate on what the legislation was even intended to accomplish, but clearly it had not solved the problem.

After the crash of 1929, many scholars of the day (such as Irving Fisher, Henry Simons, and Frederick Soddy) addressed the flaws in the money system and advocated for change. But the measures taken to alleviate the causes of the crash (such as FDIC insurance and the Glass-Steagall Act) served only to shore up the existing system rather than correct it.

As long as we have stock market speculators, the stock markets are likely to be prone to boom and bust cycles. In our current money system, these markets drag the entire economy down with them when they crash. But these cycles don’t have to impact the working economy as badly as they do. The key element keeping the working economy at the mercy of the banking and investment sector is the way money is created in the current system (see How is Money Created Today?).

Our banking system is creating money by lending, and that bank-account money accounts for most of the money in use in the economy. Not only does this require that lots of people carry (and pay interest on) lots of debt all the time, it makes the entire working economy completely subject to the panics, whims, and profit-motivations of the banks and related financiers.

Historically this has worked exactly in reverse of what the economy needs. During boom cycles banks are lending as much as they can and expanding the money supply. After a bust, when money is most needed, they contract their lending activities and worsen the money scarcity. Banks and financiers may benefit on both sides of the cycle; in boom times they collect a lot of interest, and in bust times they collect assets that were put up as collateral for loans. For the rest of the economy, the effects of these cycles are either bad or disastrous.

We could change this. The Alliance For Just Money is working to change the money system so money is created debt-free by an independent public body and banks are required to operate on a sound above-board model that doesn’t put their depositors’ money at undisclosed risk (see The Just Money Solution).