How is Money Created Today? 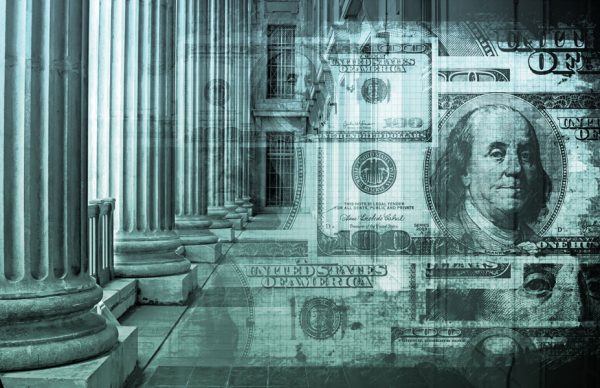 Money is passed from person to person and place to place as people buy and sell products and services. Most people don’t give much thought to how the money came into being in the first place, but it actually does have to be created. It has to start somewhere. Someone has to feed it into the economy before it can start being passed around as we make exchanges.

Many people think the U.S. government creates money for the U.S. economy, and it’s true that the U.S. Treasury creates the supply of coin money. The Treasury also handles the printing of the Federal Reserve Notes we use for cash. But most of the money in use in the U.S. and throughout the world is bank account money—numbers in bank accounts that are shifted from one account to another as payments are spent and received.

Bank account money is actually created by private banks when they make loans. This fact is not well publicized, and many people may find it shocking to learn this, but when a bank makes a loan, they create money that didn’t exist before. One reason they can do this is that “money” in a bank account is essentially an IOU from the bank. The fact that we all consider these bank account numbers to be money, and we exchange them with one another as money, puts banks in a unique position.

To create money for a loan, the bank creates an asset by drawing up a loan agreement and getting the borrower to sign it. And they create a liability by entering numbers in a bank account for the corresponding amount of money. The asset represents value that they own—someone else’s promise to pay money in the future. The liability represents value that they owe—they’re promising to provide the account holder with cash or a transfer of funds to another account whenever requested. If you’re familiar with accounting principles, you can see that this would balance on a Balance Sheet. 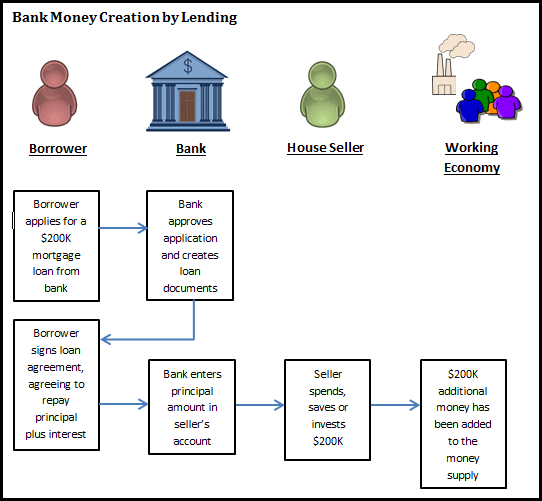 The key to this process is that numbers in bank accounts are accepted as money, and a bank is handling both deposit accounts and loans. Any other institution or individual can only lend money if they have existing money, but bank regulations give retail banks an exemption from this rule. They are allowed to use a bookkeeping procedure that no other entity can.1 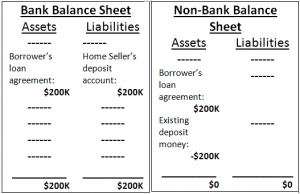 The banks’ role as money creator often goes unnoticed—even by many bankers. Incredible as it may seem, this is the legal accepted way for banks to make loans; they create the money they lend.

Another issue is that creating money by lending leaves money distribution in the hands of private banks. Money is made available according to bank lending principles for purposes that may be unrelated or even directly contrary to the best interests of the society.

For more information on the consequences of this form of money creation, see How Bank Account Money Works.

If you thought banks were lending out the money that their customers have on deposit, you’re not alone. We believe it should be that way, and in the Just Money system we advocate, it will be that way, but currently that is not the case. For more clarification of the current process, you may find these references helpful:

1 For a more detailed explanation see: Werner, Richard A. 2014. “How do banks create money, and why can other firms not do the same? An explanation for the coexistence of lending and deposit-taking”. International Review of Financial Analysis, 36: 71–77.