Inequality and Concentration of Wealth 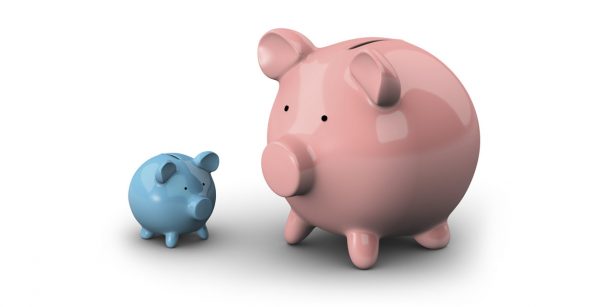 You may hear it said that the rich get richer and the poor get poorer. Is it just a saying or is it happening?

The graphs and statistics below may surprise or even shock you. There is a fundamental reason for the disparity shown here that underlies the more obvious causes. It has to do with the nature of our money system and how money is created and distributed in the economy.

The graph above shows average U.S. household income for five segments of the population from lowest income to highest, plus an additional line for the top 5%. Notice how the rise of the top lines gets steeper and keeps moving farther and farther away from the other lines.

Below is the same graph adjusted for inflation. Note the flatness of the lower lines. Real income gains show up only in the upper levels. The rich are indeed getting richer. And the poor…aren’t.

Data for the above two graphs were taken from US Census Bureau historical figures: https://www.census.gov/data/tables/time-series/demo/income-poverty/historical-income-households.html

But there’s another factor involved. During the same period of time, debt has been growing at a much faster pace than income. If debt increases faster than income, financial viability may go down even though income is going up. The graph below shows average net worth for US households (the households’ assets, such as real estate and money in the bank, minus their debts). Notice the distance between the top line and the other lines, and how the top line keeps getting farther away from the others.

The lines represent quartiles (25% or one quarter of the sampling) from lowest net worth to highest as reported in the Federal Reserve Survey of Consumer Finance. The top quartile was broken out into two lines to show the average net worth of the top ten percent.

In the graph above, the lowest lines are made almost invisible by the scale of the graph required to show the top line. By showing only the bottom three quartiles in the graph below, we can make the slope of the lower lines visible.

Data for the above two graphs were taken from the 2016 SCF Chart Book of the Federal Reserve Survey of Consumer Finance Oct 2017  https://www.federalreserve.gov/econres/files/BulletinCharts.pdf

So it turns out that while the rich get richer, the poor are indeed getting poorer, and so are the middle class.

There are a number of factors that contribute to the disparity shown in the graphs above, but the use of a money system in which the money supply is created by interest-bearing debt is a fundamental lock on economic injustice. The money we need to carry on exchanges in the economy is created by private banks when they make loans (see How is Money Created Today?). This results in a huge debt burden on the whole economy, along with a constant migration of money through interest that is paid out of the productive economy and into the investment sector. The money system itself is systematically stealing from the working and the poor and giving to the wealthy.

Money doesn’t have to work this way. The Alliance For Just Money is working to change the money system so money will be created debt-free by the people through their sovereign government, and it will work for the benefit of everyone, not just a wealthy few (see The Just Money Solution).

Graphs are used with permission from workableeconomics.com